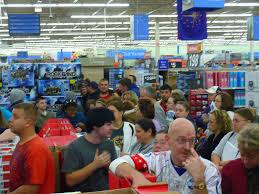 Advent is My Favorite Time of Year

Amy waited, none-too-patiently, in the interminable line at Walmart, drumming slender fingers on the handle of her cart, wondering what the hold-up was and questioning the wisdom of attempting to shop the day after Thanksgiving. Especially since she abhorred the commercialism of the season, not to mention, she wasn’t at all fond of crowds.

She ignored the queue forming behind her, and a glance to the left and right informed her that it was the same throughout the store. Impatient customers sighed, complained and even argued about who got to the checkout counter first.

The teenager manning the cash registered wore a Santa Cap and, incongruously, a scowl. Frustration oozed throughout the crowd. The cart behind her was loaded, Amy could tell without turning around, and she thanked her lucky stars that she had gotten there before whoever wielded that wobbly thing on non-compliant wheels.

A small voice, almost a whisper, spoke to her. Turning she saw a wizened little lady who had to be in her 80’s, if not her 90’s.

“Yes,” the elderly patron said. “I just said that December isn’t like it used to be. In my day, Advent came before Christmas, we gave up candy like we did for Lent. We prayed together, waited for the Wonder that was to come. Gifts just weren’t that important.”

Amy nodded, waited for the woman to go on.

A younger voice, a man, from an adjacent line joined in. “That’s how my mother made us prepare for Christmas, too. It was about what was to come. I don’t know, but for me, that made the anticipation all the more exciting, and Christmas day, we couldn’t think of even looking under the tree before Church.”

The conversation continued and Amy mostly listened, adding only a few “I see’s.” The overhead speakers blasted songs totally devoid of anything suggestive of the spiritual meaning of the holiday, more often chanting masked messages of “gimme, gimme, gimme.”

Amy became strangely aware of the emptiness of her own life. These two people had an entirely different perspective from her own. She told herself she would try to learn more about what made Advent, waiting so special to some people. After all, she was alone in this city. Her boyfriend had dumped her a month ago and it wasn’t that easy for her to make new friends.

She surprised herself when she reached the check stand. Those last few minutes in line had slipped by so quickly. When she was next-in-line she did something a little crazy—she stepped behind the lady with the cart loaded with children’s toys. She could see her wise teacher was exhausted and a little wobbly after standing for so long.

When her new friend thanked her, she said, “I can see you wondering why I have all these toys. Oh, they’re not for my grandchildren—I have none. They’re for the collection the Marines are taking up for homeless children. You see, that’s how I celebrate the birth of Jesus now that I’m alone. His coming was all about love and…well, I’m sure you understand.”

Amy realized that she wanted to do just that. 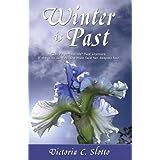 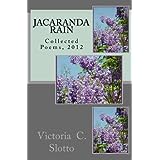